We had an unusual visit today-the mother of a thirteen year old boy, Hakizimana, who had been in the malnutrition center last fall. Hakizimana was a cute boy-quite malnourished, and for unclear reasons; the rest of his family seemed in good health. We had him over to our house a few times and he really didn’t eat much, even though we had the usual favorites-mutoki (mashed green bananas) and peanut sauce, green peas, and potatoes. He enjoyed coming over to our house, and even went with Caleb once to Kigali, where one of our visitors bought him some clothes. When we left for the U.S. last fall,Hakizimana was quite insistent that he wanted to come with us. We explained that it wasn’t really possible, but even on the day of our departure, he ran after us and tried to get in our car. When we returned to Shyira in January, we wondered how he was doing, but never saw him. Yesterday, his mother came to see us and asked us where her son was, as he had come with us to America. “Come with us to the U.S?!” we asked. Of course, he didn’t come with us. Well, it seems that she hadn’t seen him since the day we left. We are wondering what happened to him-did he try to follow us and ended up lost or a street boy in the next town? Did he fall sick? We are praying that he will be found-probably a radio announcement will be made; parents lose their children more often than you’d think here (remember Jesus’s parents lost him for 2 days before they missed him). Also, it does make us realize that people here often do have really grandiose expectations of us, as missionaries from the U.S. We pray that they will see us as we are: broken vessels, and the power we have is from Christ, not from us.

Addendum: As is often the case here, further explanations give a more coherent story. Apparently the boy’s parents are separated and the mother has been in a different part of the country for the last few months. When the mother came back here, and asked where the boy was, the Dad replied, taunting her, that he had gone to America with us. Somehow she believed him. Still, he does seem to be missing 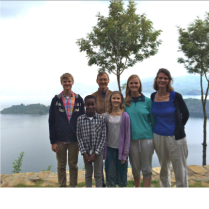 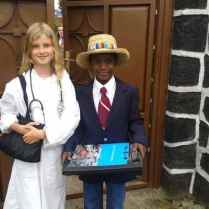 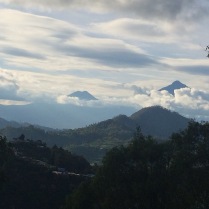 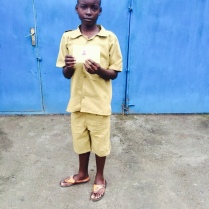 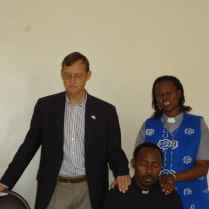